What color will your Karate belt be next?

He sometimes didn't want to go to the Karate school because it made him tired.

He had hesitated to take the promotion test, so he had been wearing the white belt, it means he is still a beginner.

One day, his Karate teacher strongly advised him to take the test after the practice.

"You can do it. Recently you seem to be stuck in a rut. Karate is not just a lesson or activity, it is a training method. I think you should try it."

I also tried to persuade my son to take the test.

At first, he didn't follow his teacher's advice because he didn't have any confidence that he would pass the test.

But, the teacher praised my son again in the next practice.

"Wow! You did a great job today! You seemed to be more motivated than before. I know you can do it!"

He was getting motivated actually, finally he decided to take the test.

The night before the test day, he seemed to be nervous.

"Your teacher told you that you can do it. I believe this is so. If you don't do well, you can try it again. Don't be afraid of mistakes."

He was still nervous, but he did very well at the test!

After the test, he said,

"It was easier than I expected. I gained the confidence from today's test. Yes, I can do it. I want to try the next test in June!"

I was surprised and glad to hear that.

I appreciate that my son has met an awesome teacher.

I'm sure that the color of his belt will turn to blue in the next practice! 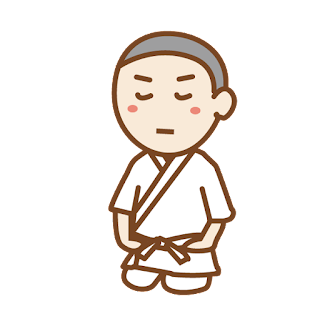