I wrote in my previous blog that I take the ESL classes three days a week.

I met a lot of classmates from all over the world.

The classmates are from Asia, Central and South America, Mid-west, Africa, and Europe.

They are very friendly and eager to learn English.

It's fun for me to discuss the differences of customs of each country.

Some classmates came to the US as refugees.

They usually don't talk what they were like in their native countries.

But one of the classmates told me that he was lucky to be able to come to the US.

He made me think about how big the problems of conflicts, wars, and refugees are.


And I keenly feel that how little I know about world affairs.


I found some differences of the lesson between other countries and Japan.


1. How to say own opinions during the class

Basically, we need to be quiet during the class in Japan.

When we would like to say something during the class, we usually should raise our hands first.

In case a teacher picks me, I should stand up then I can say my opinion, the answer, and so on.

Teacher : Is there someone who wants to share your experience?


But in the US, students suddenly start talking while a teacher is talking.

Most of Japanese students seem to be overwhelmed.

We are also taught the importance of listening to teachers and other students carefully.


But some students try to say the answers or their opinions even though they interrupt teachers.

I agree with it, but in my case, I am just not used to the way of saying something during the class.

But I realize that I need to learn to be proactive like them more.

2. Most of Japanese students tend to be not good at speaking

This is related to the topic 1 above.

English education in Japan have focused on reading and writing.

That's why most of Japanese people tend to be not good at speaking.

But I was surprised to see that other students who are able to speak very well couldn't solve the questions of grammar.

They told me that speaking English is easier than grammar.

One of my Japanese friend who takes the same ESL class said to me:

"We are not good at speaking, but good at grammar. We should be proud of it."

Of course I often mistake the grammar and I often feel the sense of inferiority against speaking English.

But I try to stop feeling negative.

This is not the topic of differences, but it was very interesting that I found all of us have each country's accent.

I can understand the English spoken by the students who speak Portuguese, Korean, and Japanese.

But it was hard for me to understand the English spoken by the students who speak Arabic and Spanish.

It depends on each student, but I realized how the pronunciation is important. 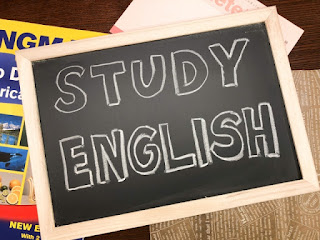 Email ThisBlogThis!Share to TwitterShare to FacebookShare to Pinterest
Lavels: English, ESL, Japan, US