My big worry about the game

My 7-year-old son made the device which can play marble run last evening.

I was really impressed with his imagination. 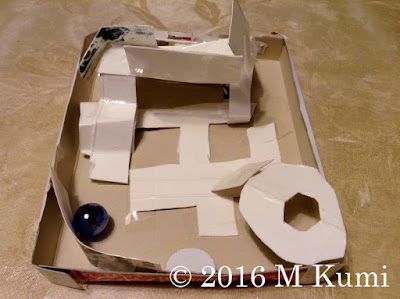 But I have a big worry about him now.

He went to his friend's house yesterday.

Since my son doesn't have it, he was only watching him.

His mother told me:

"Please come in. They are still playing."

We entered the house.

I talked with her about the game.

I knew that she had not given the game to her son yet when he was 5 years old.

But she said that she gave it to him last year.

"It is a lot of causes of troubles.
I made him promise that he can play the game after he finishes his homework, he can play it for 15 minutes a day, and he can't take it out from the house.

But one day, he heard from his friend that his friend can play it for an hour a day.

He insisted that he also can play it for an hour a day.

It is useful when I want him to wait for something quietly.

He is really quiet during the game.

But it is really hard for me to let him stop playing the game when he doesn't break his promise."

I could imagine the situation easily if my son would have the game.


As I expected, he told me after we came home:

I thought I need to tell him my thoughts and worries.

It is very expensive toy, so you can't buy it with your money.

As a kid, I was absorbed with Nintendo Family Computer.

I often went to my friend's house to play it. It was really fun.

It was really fun. My mother bought it to my sister and me when I was 10 years old.

I was absorbed with playing it. I sometimes played it for more than 3 hours.

After that, my sister bought the Gameboy. I often played it for a long time.

Then my eyesight got worse.

Now I can't see well unless I wear the contact lens. I really regretted. But my eyesight will never recover.

I know you have a similar character with me, you will be surely absorbed with playing the game.

You didn't stop playing the game when I told you to stop it.

I know it is fun, and I am not saying that I will not give you the game in the future.

But if I give you the game, we will need to decide some promises.

And I am really worried whether you can keep the promises.

I don't want to get angry with you about the game even though the game must be fun.

And  I am worried whether you will not have time to draw and make something because of the game.

I want you to spare your time for such  creative activities which you love.

That's why I can't agree with your idea now.

If you will keep our promises, I will change my mind.

Because I liked playing the game before."

He looked tired to listen to my long story.

Actually, I don't know his friends who don't have the game.

I might have to think it flexibly, but I have more worries than advantages now about the game. 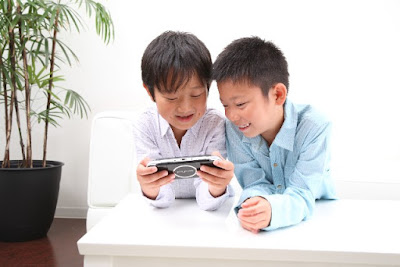