What they are into now

Since it is during a period of the municipal assembly election, we often find election campaign cars shouting the candidate name repeatedly through a loud speaker and waving their hands to people on the street.

When my children and I were playing at the park near our house on Wednesday, an election campaign car was coming to the park.

I told my 4-year-old daughter, "Why don't you wave your hands to the car? Maybe they will surely say something to you through a microphone."

She waved her hands to the car, so a woman who was riding the car told her into the microphone,

"Thank you for waving your pretty little hands!"

She and my 6-year-old son were so surprised that they talked to her into the microphone, and they were so glad about this happening.


After that, they waved their hands to election campaign cars every time they found them.

When they heard their voice, they got out of the house and waved their hands!

They definitely replied to them using the microphone.

One of our neighbor watching them told me , "I was so surprised! They answered their reaction like that even though they do not have the right to vote."

I felt funny to hear his impression.

Candidates would seem to be desperate to be elected. 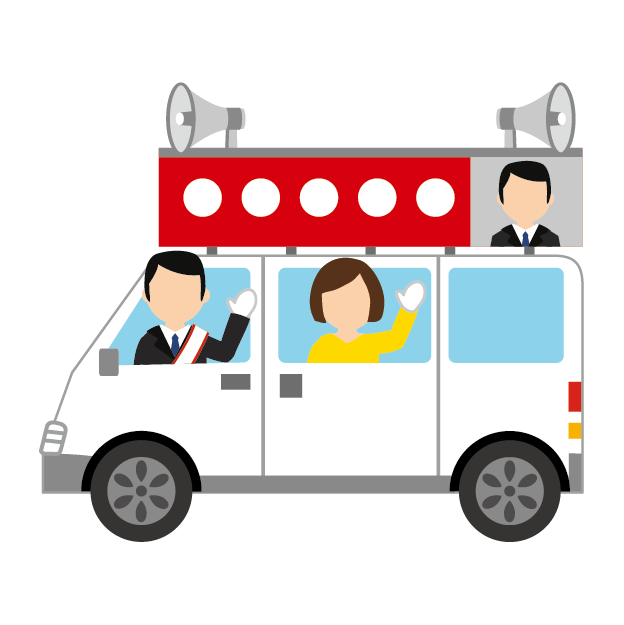