You will be fine

Today is the last day of Golden Week.

My family spent at home while relaxing and watched a movie of "Doraemon (very popular anime in Japan)" in the morning.

My 6-year-old son asked his father and I to go to the park near our house with him.

He wanted to ride a swing.

But I suggested that he needs to practise riding a bicycle without training wheels.

He stubbornly denied my suggestion because he was scared.

But my 4-year-old daughter told me, " I want to try!" though it was too early for her.


First, my husband took her training wheels off her bicycle.

She tried to ride it, but it was too difficult for her.

I supported her and she could ride a little.

But she didn't try it anymore because she was scared.


Next, it was the time that my son tried to do it.

I told him, "It is not a problem to fail. You can learn something from your failure. Failure teaches us to stand up and correct ourselves from the previous mistake!"

He was so reluctant to try it, but he didn't refuse it.

My husband supported him going at first, and he released his hands after that.

He could ride himself!

I told him, "You can ride without the training wheels!"

He looked happy, but he couldn't turn.

He practiced just a little after that.

Maybe he was scared though he could ride a bycicle.

I thought my children did well today, to try something new is very important regardless of its outcome. 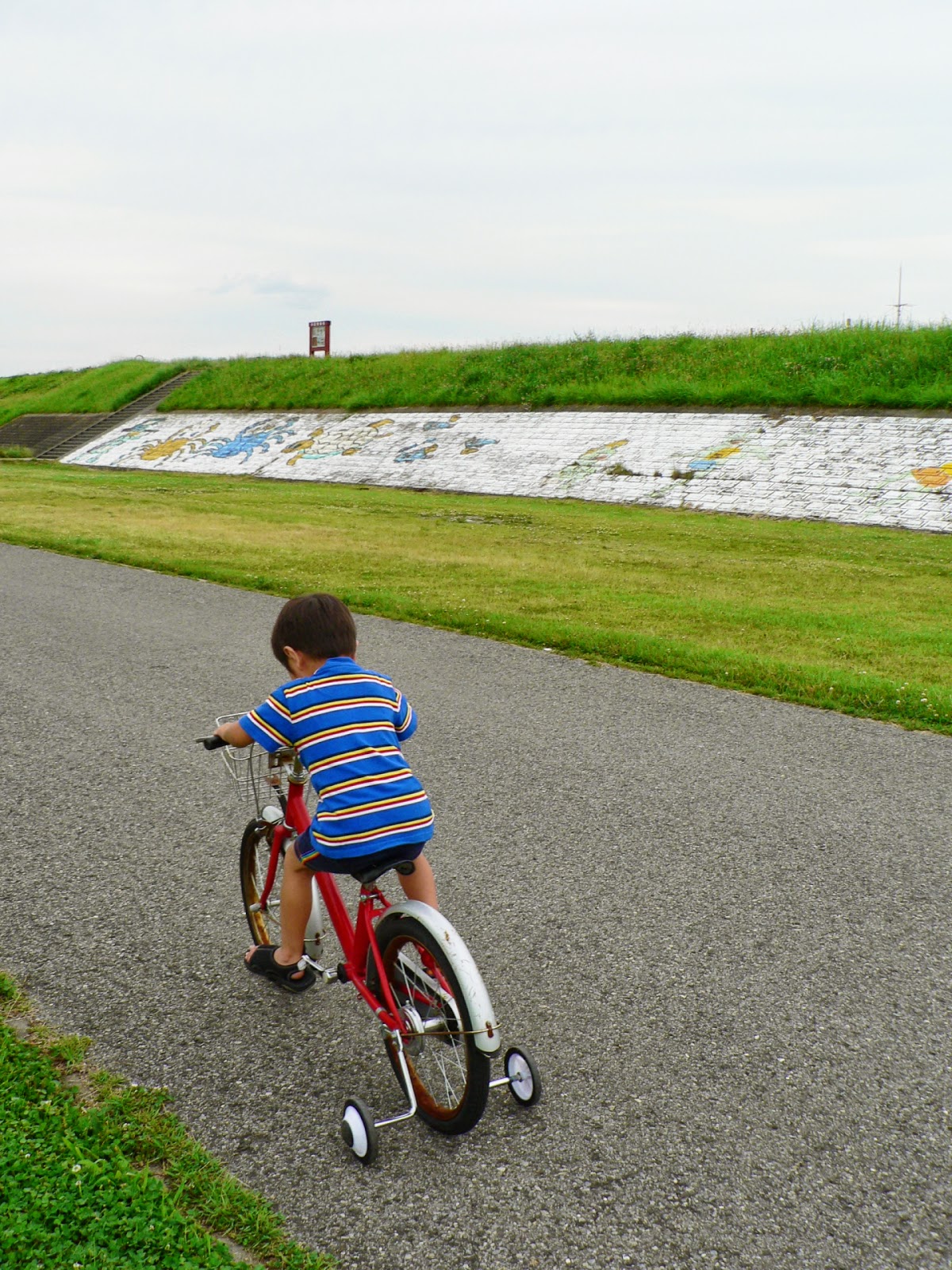