The flight which my husband was supposed to take was finally canceled though they had been kept waiting for 6 hours!

The reason was surprising.

The aircraft had been fixed and they announced that they had been ready for departure.

But after a while, they announced to the passengers that the flight was canceled because the captain would have to work overtime if they flew to Japan.

He was forced to stay overnight in the US.

The airline company prepared an extra flight for them, and it is flying to Japan on schedule now.

Unfortunately, his connecting flight in Japan is already full, so he will have to take Shinkansen (bullet train).

But he will come home tonight at last.

The event will become an unforgettable memory for us. 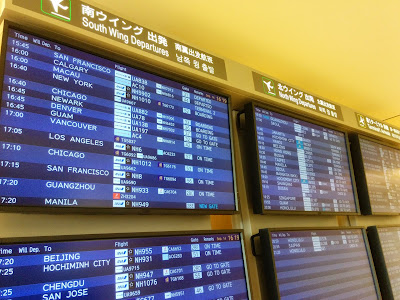