I wrote that my 7-year-old son drew a picture of Doraemon before and he entered it into the reader's page of the magazine which he reads in my previous post :

I found that a big envelope was sent to my son from the editorial department of the magazine when we came home last evening.

I opened it and it said that they chose my son's picture and published it in their magazine.

They enclosed a pre-paid card for purchasing books for 500yen.

"Wow! He made it! Look! His picture is here, in the magazine!"

I literally jumped up with joy and showed the magazine to my 6-year-old daughter.

She was surprised to see it.

"Let's go to the park and inform him!"

My son was at the park near my house to catch cicadas.

Since I wanted to say the good news to him as soon as possible, we ran to the park.

He was looking for cicadas there.

"You wrote the picture of Doraemon and entered it to the magazine before, didn't you? It was published in it! I have got the letter from them!"

He was as cool as a cucumber.

Since I guessed that he would surely be excited to hear the news, I was surprised to see his attitude.

He was interested in catching cicadas at that time than the news.

After we came home, I showed him the magazine, but he was not so glad and surprised.

He was obviously glad to get the pre-paid card for purchasing books rather than his picture was published on the magazine.

Anyway, I want to believe that this experience encouraged him. 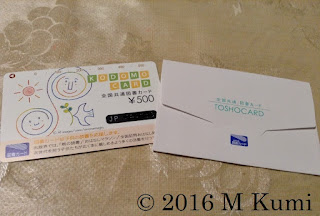