The last day of summer vacation

I helped my 6-year-old son to prepare for school last night.

The second semester begins on September 1 at his elementary.

"Look at your communication notebook. Check what you have to bring tomorrow one by one."

While he was prepareing, I was washing the dishes.

Then I looked at him, he was playing with his 5-year-old sister.

"What are you doing? Do what you have to do first!"

He begun to prepare again in a hurry.

Such conversations continued many times.

"I could understand your feeling well. As a child, I felt same as you. I feel same even now. I also think that I don't want to go to work after the end of holidays. Maybe all of school students in Japan have the same feeling. "

Acording to the new article which I read the newpaper before, children's suicide often happen on September 1 the most of the year.

And it also said that parents should not give them pressure unconsciously by saying the word like "I don't have to make lunch for you from now on!"

Since I remembered the news, I dared not to say those words and instead I said that I understood his feelings and sympathized with him.

I hope he will enjoy school in second semester again. 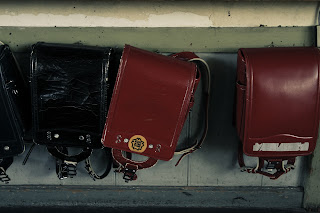