My children and I visited my parent's house 2 days ago and stayed there one night.

My mother and we went to Tokoname pottery path yesterday.

Tokoname-city, which is my hometown, is famous for its pottery and it is one of the "Six Ancient Kilns of Japan".

The pottery path is the promenade where there are many factories of potteries which had been used before, and we can walk through many narrow alleys like a maze, see many potteries, and enjoy local foods in many restaurants.

These Ojizo-sama (Jizo; stone statue which is the guardian deity of the local area or the guardian of children) are made of pottery.

They had calm looks. 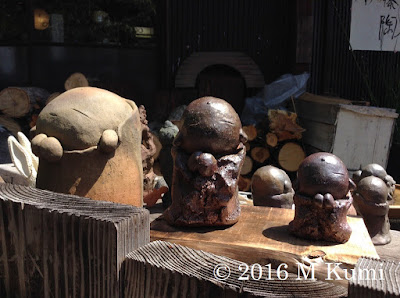 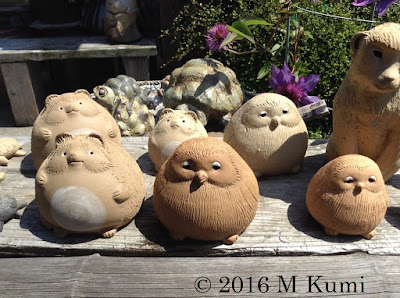 A lot of Manekineko (Lucky cat). 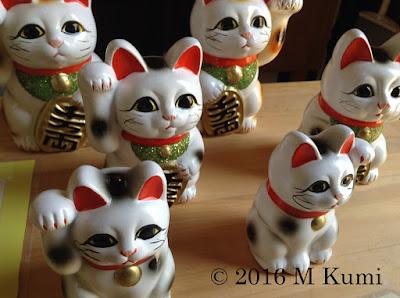 He drew a dinosaur on the plate. 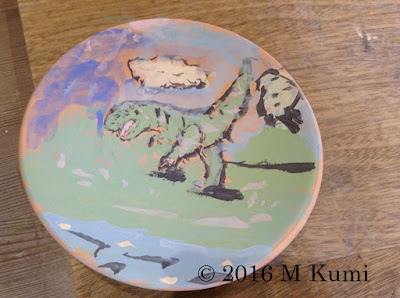 This is my 5-year-old daughter's work.

She drew a girl and hearts. 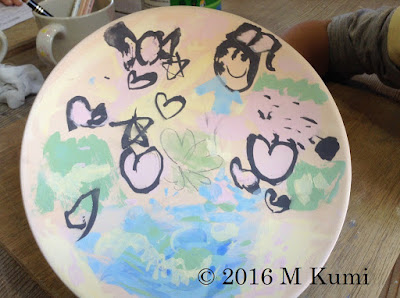 They enjoyed painting very much.

The workshop staff will bake the plates and send them to us next month.


I found the old post which was used when I was a child. 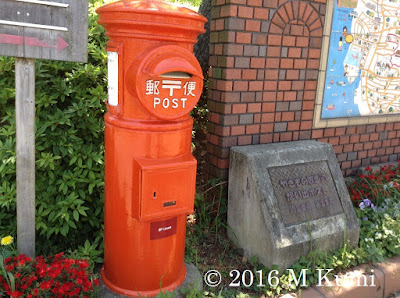 I reminded me of my old days. 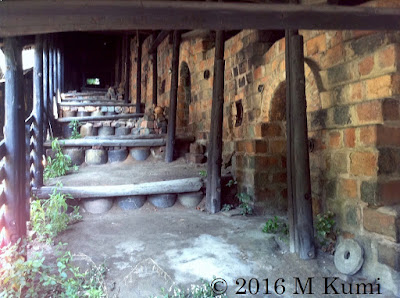 This climbing kiln had been used until 1974 and was designated as an important national cultural property in 1982.

I was playing around there when I was a kid.

But there is an enclosure around there now, so we can't enter into the enclosure.


Since it was during Golden Week, we had early lunch before the restaurant would be crowded. 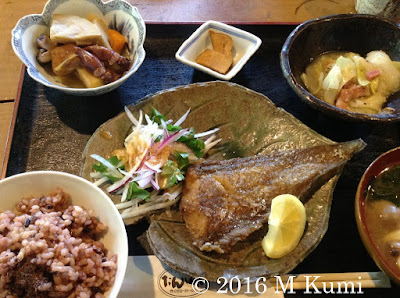 It was really nice even though it was not so expensive.


We enjoyed walking the pottery path.

It was the place where I ran around with friends when I was a child.

It made me feel nostalgic.