My children's schools were closed due to the typhoon yesterday morning.

The storm warning was in effect for our city.

Since I told them that the schools would not be closed tomorrow because the typhoon was not so strong, they were so glad to hear that the school was closed.

But school would be open from 1:30pm if the storm warning would be canceled until 11:00am.

After the typhoon made landfall, the wind became stronger.

So all of us thought that the school would be canceled today.

My 6-year-old son and 5-year-old daughter were playing together happily at home.

"It's 11am. I am going to check whether the storm warning is still in effect."
"Please!"

Unfortunately, the storm warning had been already canceled at 10:30.

"That's too bad. But it was good that there was no damage."

But my 6-year-old son couldn't contain his anger.

I had to wait that his anger settles down.

He went to school at 1:00 pm, and I took my daughter to the nursery school after that.

She didn't get angry with me.

After she reached school, it was the time to take a nap.

She only went to school to take a nap and have an afternoon snack.

Anyway, it was good for us that there was no damage due to this typhoon. 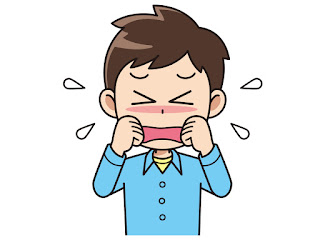