There were autumn festivals  held in near my house yesterday.

I went to the rice cake making festival sponsored by our neighborhood association with my family.

In these events, the sponsors and the participants were going to pound steamed glutinous rice into cake(mochi) in turns , using mortar and  pestle. 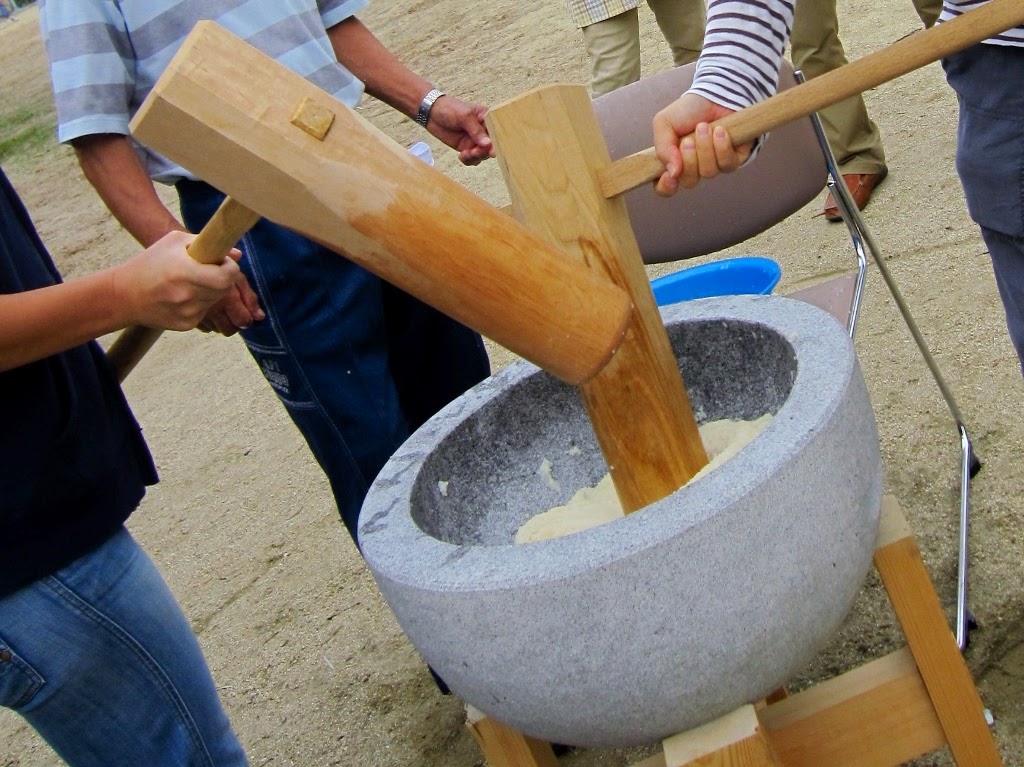 Freshly pounded "mochi" is soft and stretchy, and which has a terrific taste!! Yummy!!


And we also went to the another festival held in the shrine near our house.

We had a great time participating in the event called "Mochimaki" which is one of the highlight in that festival.

"Mochimaki" is an event of scattering rice cakes (mochi) for people who come to a "Shinto" ritual, such as " jotoshiki" (the framework raising ceremony held during construction of a new building).

And recently it is one of the activity done during festivals held at shrines.

The event was divided into two categories, which are for children and adult to minimize danger each time "mochi" is thrown into the participants.

A "Chigo" for childrens category where little girls wearing red and white costumes were designated to served and threw "mochi" and snacks into the participants who would pick and catch the "mochi".

The precinct was very crowded and sometimes it is dangerous because people are so excited to get "mochi", we sometimes collide other people.

Here comes the "mochi" which feel more like rocks being tossed unto us will sometimes hit our face and head ---truly a painful experience! 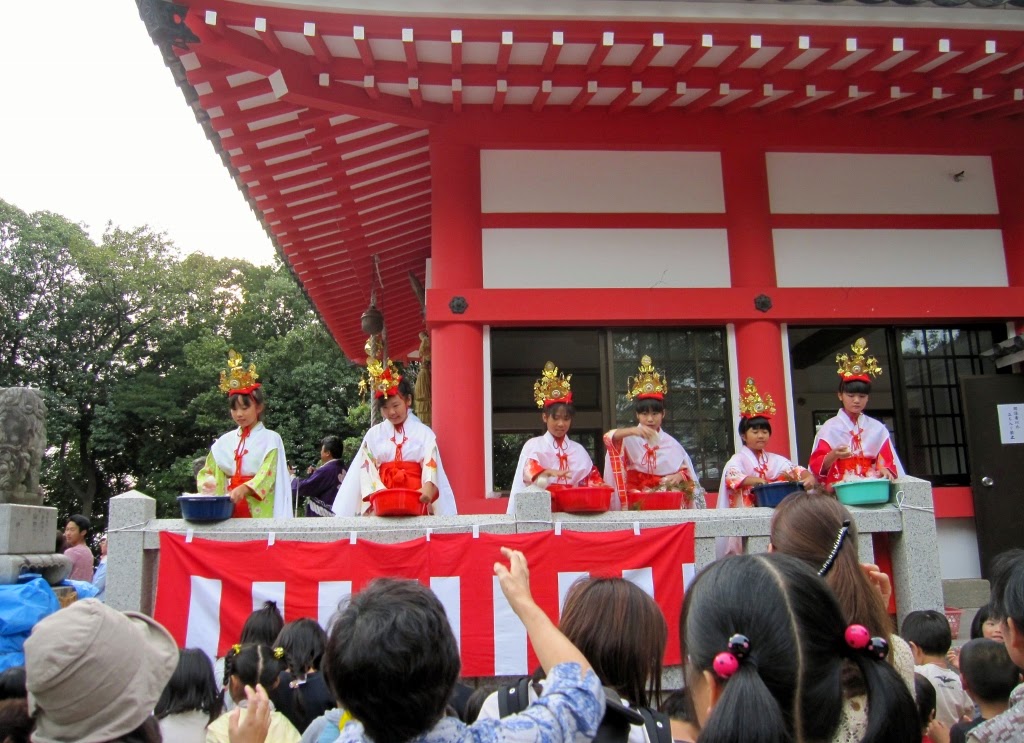 Another group of crowd for adult people is what you can see in the picture below. I asked my husband to join in the activity.↓ 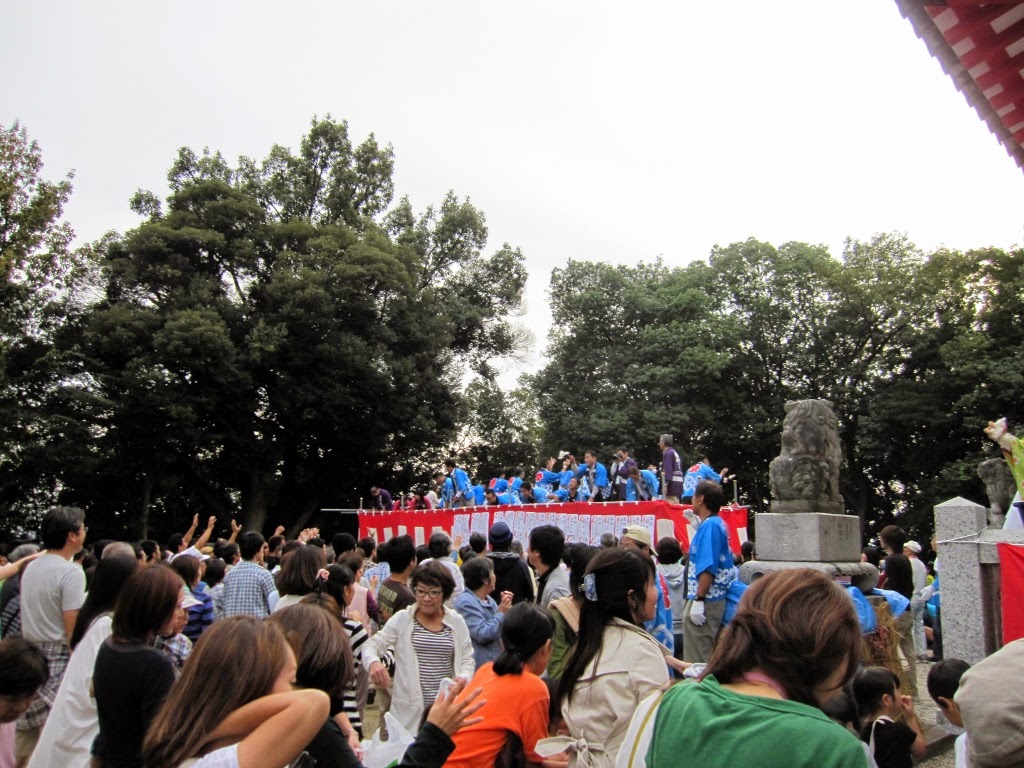 It was a mix of excitement and fun while "mochis" are being thrown away.
My son was able to get more than 20 mochis and some snacks and our family got 60 mochis altogether! ↓

I baked them for dinner and eat with soy source and suger, these were so yummy!