Having been surprised at the Electone school

My 5-year-old son goes to the YAMAHA music school to learn how to play the Electone every Saturday morning.

*Electone : It is the trademark used for electronic organs produced by YAMAHA corporation.

Once I also had been a student of the music school more than 30 years.

But I quitted it 2 years ago because I began to my work and I became busy.

So I would like my children to learn how to play the Electone instead of me.

I usually take him to the school and my husband takes care of my 4-years-old daughter at home.

But since he went to bed at 4am yesterday because he had an end-of-year party with his coworkers, I guessed he would not be able to wake up early.

So I also took my daughter to the music school yesterday.


However, it was decided who sat where every time and the next seat of us was sat by the other mother and child.

So she needed to sit down on a seat away from us.

I was worried that she would want to sit down next to us, but she said "OK!"

I handed her a notebook, colored pencils, and colored pens for drawing pictures.


The lesson is for one hour.
During his lesson, she didn't talk and wander around, she kept quiet and was absorbed drawing pictures.

The teacher suddenly said, "Oh, it began to snow!"

It was the first time in this year to see the snow, so we were excited.

I looked at her, she was pop-eyed with surprise, but she still kept quiet.

The other mother who sat down next to her told her, "You must be tired because you were painting pictures all the time. But you could kept quiet. Good job!"

She was glad to hear that.

I handed her seals which I had, so she started playing them again.

I was impressed by her attitude so much.

But after they finished the lessons, she was still absorbed playing the seals.

She wouldn't stop it soon! 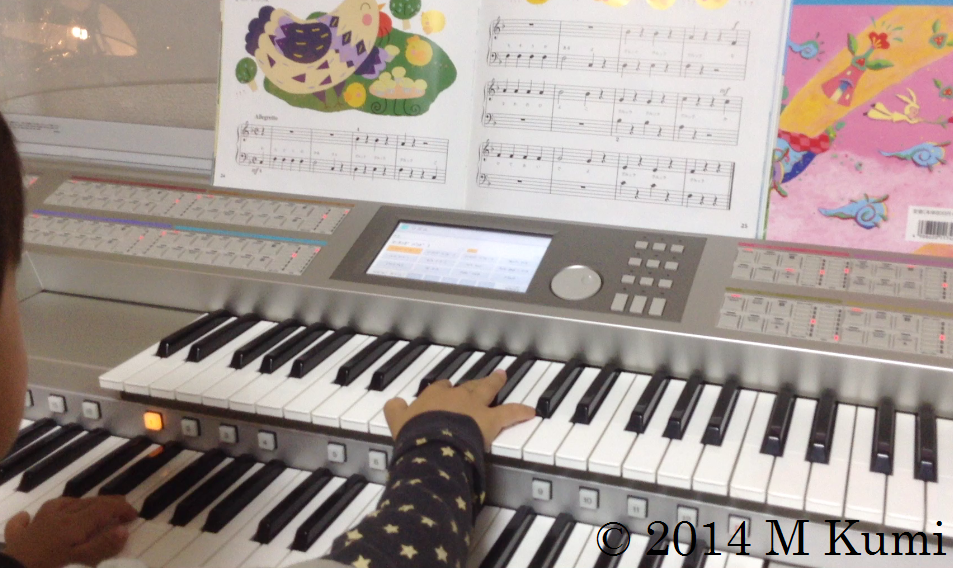