Since we have a lot of Chinese cabbages, I made "Nabe" for yesterday's dinner.

I searched the recipes using "Cookpad".

It is one of the popular websites in Japan where we can search for a lot of recipes posted by the members.

I could find recipes by entering the food names or keywords which I want to use.

The procedure is quite easy.

Put vegetables and pork alternately into the pot.

Then stew them with soup stock, sake, salt, and soy sauce. 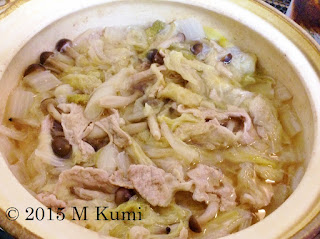 I asked my children to make grated radish.

It needs strength when they grate radish, but they did good job! 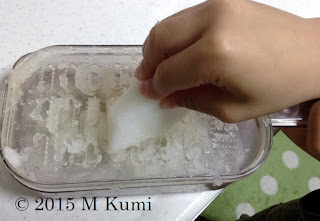 I put grated radish only in my bowl because it has a pungent smell and taste so maybe my children won't like it.


I thought my children would complain about the menu.

As I expected, they said,

"Don't say that. You haven't even tried it. It is yummy!"

They started eating them unwillingly.

Then my 5-year-old daughter also said,

I knew they would like to eat Nabe because they were really hungry yesterday.

I put rice and beaten egg in the soup, then stew them. 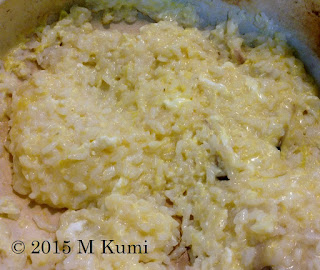 My daughter told me that she didn't want to eat it at first.

But I put it in front of her, and she said,

She ate half of mine.

Nabe dish made us warm and happy last night.