~ Daruma san ga koronda ~ Do you know the way of counting in Japanese?

In the book I read to my children the day before yesterday, there was a scene where a boy was told by his father "Count 100 before you get out of  the bath".

I explained the meaning of this way of counting to my children.

"Daruma" is one of the famous Japanese traditional doll.

Its figure looks like a man who has a beard. 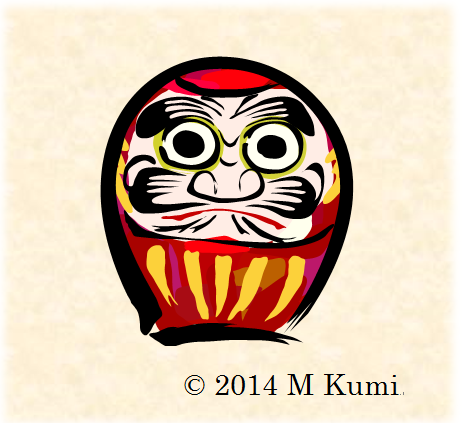 It's not only a figurine but it's also a toy for kids.

It is a tumble doll, always returns to an upright position when tipped over.

"Daruma san ga koronda" is one of the Japanese traditional games.

I have heard that there are similar games all over the world.

It is called "Red light, Green light" in English speaking countries, isn't it?

It is written " だるまさんがころんだ" in Japanese Hiragana (one of the name of Japanese letters).

It includes 10 Hiragana letters, so it is used when we count to 10.


I told my children "When I was a child, your grandpa used to say "Count 1 to 100 before you get out of the bath", so I counted saying "Daruma san ga koronda" ten times."

They were greatly amused by this story, they showed that they counted by "Daruma san ga koronda" to my husband.

He said "What is it? What are you doing?"

I was surprised that he didn't know the way of counting.

It may be said that not all Japanese know about it.